Posted by admin on Wednesday, 2 October 2019

Congratulations to KLB as county champions and Wycliffe as runners up after a close final which resulted in a penalty flick decider. Best wishes go to both schools for the West Prelim Finals which will be held week commencing 5th November. 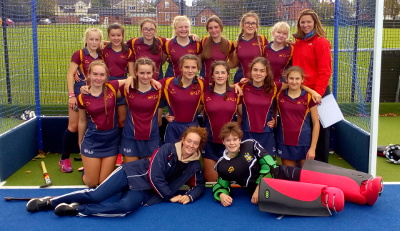 Eleven schools were present, making it a very busy morning! Wycliffe and High school emerged as winners of the one group while KLB and Kings progressed from the other. In the hard fought semi finals Wycliffe and KLB were victorious. The final was a nail biter. The teams were level at full time and it took a barrage of penalty strokes for KLB to finally triumph on the day. Many thanks to all of the umpires who supported the teams and to Cheltenham Ladies College for hosting the tournament and generously extending our pitch time so we could include a semi-final.
The following documents are available.